Current Research in Egyptology is organised in a democratic fashion. Any university wishing to host the conference can submit a proposal and a presentation during the Annual General Meeting (AGM) in any particular year. At the end of the presentations, the vote of the assembly decides the winner. A committee representing the successful university arranges the following conference, while a permanent committee provides assistance and works on the long-term issues related to the conference. In order to allow a wider involvement of students in the CRE organisation, each member can remain in the permanent committee for a total of two years.

He is a postdoctoral researcher at the University of Granada (Spain). He is a Doctor in Egyptology by the University of Seville with a PhD thesis on the ka-servant in the Old Kingdom. He holds a BA degree in History and a MA in Sciences of the Antiquity and the Middle Ages from the University of Granada. His main research interest is ancient Egyptian religion, particularly the funerary sphere, focusing on the nature of priesthood and cultic practices. He has developed funded research stays at the University of Oxford and the Freie Universität Berlin. His publications include a book, several peer-reviewed journal papers, book chapters, and co-editions of scientific books and proceedings. He has delivered papers in several international congresses and seminars and has also organized scientific meetings in Spain. He is deputy director of the MKTP and has obtained archaeological experience through his participation in the project. 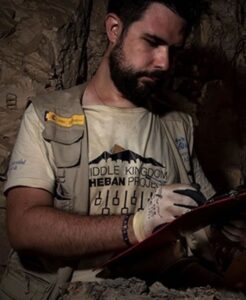 Jacqueline is a doctoral student in Egyptology in the University of Basel’s Department of Ancient Civilizations. Her research focuses on the introduction of the Near Eastern deity Anat into Egyptian religion from as early as the Second Intermediate Period to the end of the New Kingdom. Her research attempts to return agency to the people behind the artifacts, to better understand cultural contact and its resulting influence on Egyptian culture and religion, both at a governmental and non-governmental level. Why was Anat so intriguing to the Egyptian population, and how and why did information about her spread? To analyze this, Jacqueline has compiled a publishable database of all known evidences of Anat up until the end of the New Kingdom. Jacqueline holds an M.A. with distinction in Egyptian Archaeology from the University College London (UCL), and a B.A. cum laude in Classical and Near Eastern Archaeology from Bryn Mawr College (Pennsylvania, USA). As a specialist in Egyptian identity studies and foreign interactions, Jacqueline’s masters thesis focused on cultural contact and identity at 12th and 13th dynasty Egyptian fortresses in Nubia. Jacqueline is published with Archaeopress, has excavated in Thebes, Cyprus, Jerusalem, and Kent (Britain), and has worked for numerous museums, such as the University of Pennsylvania Museum of Archaeology and Anthropology, the UCL Petrie Museum of Egyptian Archaeology, and the Antikenmuseum Basel. She also has experience organizing conferences, and has been active in the CRE since 2017. In her free time, Jacqueline works as a freelance editor and translator for Egyptological and Archaeological papers in English and German. 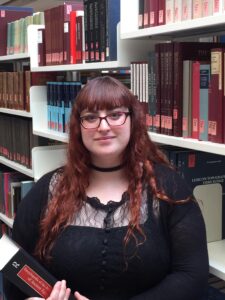 Electra Apostola completed her doctoral dissertation in Egyptology at the Department of Mediterranean Studies at the University of the Aegean in 2016. Since then she has been teaching the following undergraduate courses: Egypt and the Eastern Mediterranean in the Early Iron Age, Egyptian Art, Near Eastern Archaeology, Relations between peoples of the Mediterranean in the Bronze Age at the same University. She is currently participating as a research fellow in the AEgySca Project: Aegyptiaca as indicators of religious and cultural interaction in the Southeastern Mediterranean: The multiple implications of Egyptian and Egyptianizing scarabs in the Aegean (8th-6th century BC) (University of the Aegean). Since 2014 she has been participating as a coordinator in the Aegyptiaca Project (AeP): Ecumene and Economy on the Horizon of Religion (University of the Aegean-University of Bonn). Her research interests and her publications focus on cultural interconnections in the Near East and the Eastern Mediterranean during the LBA and the Iron Age, Egyptian and Egyptianizing artifacts in Archaic Greece, modes of adaptation and transformation of Egyptian religious motifs and ideas in the Mediterranean. She was also one of the organizers of the international virtual conference Current Research in Egyptology 2020/2021 in Rhodes (University of the Aegean). She is currently the site webmaster of the CRE. 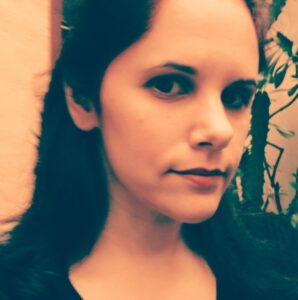 Khaled Ismail is an archeological curator at the Grand Egyptian Museum in Egypt. He completed his dissertation entitled “the City of Diospolis Magna (modern Luxor) during the Ptolemaic and Roman Period.”  Since 2008, he has been working in the Ministry of Tourism and Antiquities in Egypt. He is responsible for documenting and registering The Greco-Roman artifacts in the Grand Egyptian Museum and various museums in Egypt. He recently participated in the French/Egyptian project of establishing the Egyptian Numismatic Center in Egypt. Since 2015, he has been participating as a scientific member in the American mission working at the site of Amheida, Dakhala Oasis, under the supervision of Professor Roger Bagnall.  His research interests are the material culture of Egyptian society during the Late period until the Roman period in Egypt. He also focuses on studying the Roman coins of Egypt and has some publications in these fields of interest. 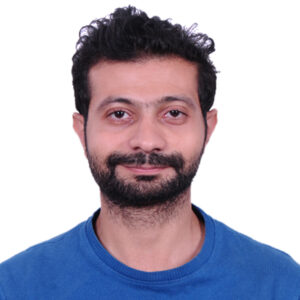 To contact the CRE Permanent Committee, please email the committee members at crepermanentcommittee@gmail.com.