CRE 2017 is proud to present you our keynote speakers: 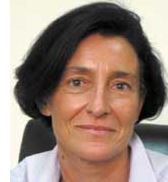 Rosanna Pirelli is Professor of Egyptology and Egyptian Archaeology and Art History at the University of Naples “L’Orientale”. Since 2010 – 2011, she is Field Director of several archaeological projects in Egypt, including the Italian Archaeological Mission at the Solar Temple of Niuserra, Abu Ghurab and the expedition at Manqabad, Asyut, in collaboration with the University of Rome and the Supreme Council of Antiquities (Egypt). She also is Assistant-director of the Mission in the Easter Desert, between Wadi Hammamat and Mons Claudianus, of the University “L’Orientale”. She is member of the Scientific Committees of the Italian Institute of Egyptian Civilization (I.I.C.E), Cairo, and member of the International Association of the Egyptologists (I.A.E). From 2008 to 2012, she has been Manager of the Italian Archaeological Centre and coordinator of archaeological activities of the Italian Embassy at Cairo. Since 1983, she was involved in several scientific projects for Italian Museums and Superintendence. She’s currently working as responsible for outfitting of the Egyptian collection of MANN (National archaeological Museum of Naples).

Andrea Manzo is Professor of Nubian Archaeology, Archaeology of the Nile valley and Ethiopian Archaeology at the University of Naples “L’Orientale”, where he has been researcher since 1999. He authored more than 150 scientific works. His main research interests are the rise and development of the economic and cultural networks in protohistoric NE Africa, the rise and development of hierarchic societies in ancient NE Africa, the adoption and interpretation of iconographies and styles in ancient NE Africa, the peoples of the marginal dry regions of the ancient NE Africa and their adaptive strategies, also focusing on their importance in the networks of cultural and economic contacts and on the interaction with the ancient states. He has an extensive experience in the archaeology of Ethiopia, Eritrea, Sudan and Egypt and he is presently director of archaeological expeditions of “L’Orientale” at Aksum (Tigrai-Ethiopia) and to the Eastern Sudan, as well as co-director with K.A. Bard of the joint expedition of “L’Orientale” and Boston University at Mersa/Wadi Gawasis. 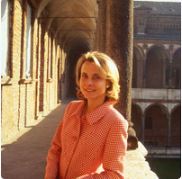 Patrizia Piacentini is Full Professor of Egyptology at the University of Studies of Milan since 2005 and associated Professor since 1993. She is member of the Scientific Committees of important Egyptological Foundations and Societies as the Institut Français d’Archéologie Orientale (Cairo), Association Internationale pour l’étude des Droits de l’Egypte Ancienne (AIDEA), Société Française d’Egyptologie (Paris), Fondation Michela Schiff-Giorgini (Genève). She is also Member of the Presidential Council of I.I.C.E (Italian Institute of Egyptian Civilization) since 2001. Author of more than 200 papers and books on Ancient Egyptian philology, administration, art and history of Egyptology, she is also the founder and editor-in-chief of the journal EDAL (Egyptian and Egyptological Documents, Archives, Libraries – Milan). In 1993 and 1994 she was the Director of the Bologna and Lecce universities joint archaeological mission in Egypt, at Kom Umm el-Atl/Backhias (Fayyum).

Marilina Betrò is Full Professor of Egyptology at University of Studies of Pisa and President of the Museum System of the same University. From 1997 to 1999 she has been Professor of Egyptology at the University of Studies of Udine. She is part of the Scientific Council of I.I.C.E (Italian Institute of Egyptian Civilization) and member of the editorial board of several journals about Oriental Archaeology and Egyptology. She conducted seminars and academic lessons in Italian and foreign universities including Cairo, Delhi, the “Scuola Normale” of Pisa, Collège de France. Since 2003 she directs the M.I.D.A.N., the Italian Archaeological Mission to the Theban necropolis at Dra Abu el-Naga – Gurna, Luxor. Her bibliography encompasses of over 200 works, including 14 monographs. Her major professional interests focus on Theban Archaeology and History, Egyptology History, Egyptian religion, ancient Egypt under Greek and Roman Rule, with editing and studies of Hieroglyphic, Hieratic, Demotic and Coptic texts. 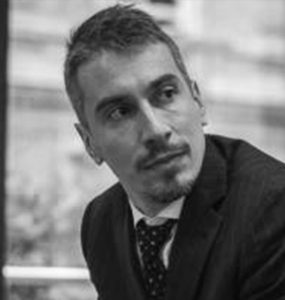 In 2014 Christian Greco become Director of Egyptian Museum of Turin and Member of the Technical-Scientific Committee for the Archaeological Heritage of MIBACT. He has worked for the Rijksmuseum van Oudheden (Leiden) since 2001 as guide and assistant curator and, since 2011, as curator of the Egyptian collection. In addition to his work within the Museum, since 2011 he is Co-Director of the Dutch Archaeological Mission at Saqqara (Egypt) and he worked in Luxor as Epigrapher with the Chicago Oriental Institute. Since 2012, he is researcher at Leiden University’s Faculty of Archaeology, teaching courses of “Egyptian funerary archaeology” and “Archaeology of Nubia and the Sudan”. Greco studied Classics and Archaeology of the Near East at the University of Pavia and attained a PhD in Egyptology from the University of Pisa in 2008. He curated several exhibition projects in Holland, Spain, Finland and Japan and developed important collaborations with international museums as Louvre and Vatican Museums.

Daniela Picchi is Official Egyptologist and Numismatics consultant at the Archaeological Museum of Bologna since 1994 to 2006. Registrar of the Archaeological Museum of Bologna since 2006, she become Curator of the Egyptian Collection in the same year. She also is Member of the scientific committee of CISE (Italian Centre of Egyptian Studies) since 2008. She graduated with full marks in Classical Study with a final thesis in Egyptology about Ethiopians and Assyrians in Egypt. Her second graduation thesis is in Numismatics, focusing on Egyptian iconography in Italian medals. She conducted several didactic activities in Museums, conventions and lessons about Egyptology in many Academies, Clubs and Cultural Associations since 1998. She is Teacher of Egyptology at the “Università degli Adulti” in Ravenna, Lugo, Faenza and at the “Università Aperta” of Imola. 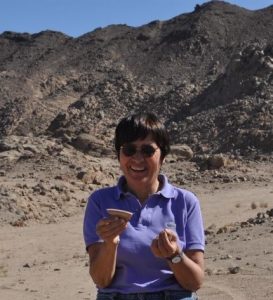 Irene Bragantini is Professor of Roman Archaeology and Art History at the University of Naples “L’Orientale” and member of the Scientific Committee for the Special Superintendency of Pompei. She has been involved in many archaeological missions in Italy (Porto necropolis, Naples, Sacred Island) and abroad (Egypt, Libya, Turkey, Tunisia). Among her principal research interests there are funerary ideology and domestic ideology in Roman society (in particular paintings and mosaics). She has co-founded the Italian Association for the study and conservation of the mosaic and has been President of the Association Internationale pour la peinture murale antique. In 2003-2004 she directed a study on the cultural heritage of Arabic Region for the World Heritage Center of Unesco-Paris. Since 2013 she is member of the research project: ‘Roma, las capitales provinciales y las ciudades de Hispania: difusión y transformación de los modelos en la arquitectura y el urbanismo romanos’ (Director: J. Ruiz de Arbulo Bayona). She is currently director of the archaeological mission of University of Naples “L’Orientale” in the Eastern Egyptian Desert.