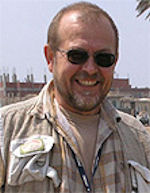 Prof. Ciałowicz is the Director of the Institute of Archaeology, Jagiellonian University and the Head of the Departament of Egyptian and Near Eastern Archaeology. His major professional interest focuses on the Pre- and Early Dynastic period in Egypt with special attention paid to cosmetic palettes, mace-heads and ivory figurines. He directs the Polish Archaeological Expedition to the Eastern Nile Delta, which excavates the site of Tell el-Farkha. Brewery complexes, massive silos and monumental architecture discovered at the site confirm its important trade role at the dawn of the Egyptian civilization.

Prof. Karol Myśliwiec studied Mediterranean archaeology at the University of Warsaw under Prof. Kazimierz Michałowski and graduated in 1967. From 1969, under Kazimierz Michałowski’s direction, he worked with excavations in Egypt (Alexandria, Deir el-Bahri) and Syria (Palmyra). He also participated in German excavations at the Temple of Pharaoh Seti I (western Thebes) and at Minshat Abu Omar (the Nile Delta). His interest are archaeology of Pharaonic Egypt with a special focus on arts and religion of the Old Kingdom, New Kingdom and Late Period (including Ptolemaic period).

From 1985 to 1995 Karol Myśliwiec directed the Polish-Egyptian excavations at Tell Atrib (the Nile Delta), and since 1987 he has been directing a Polish-Egyptian archaeological mission at Saqqara, at the west side of Pharaoh Djoser’s Step Pyramid where he discovered tombs of high officials from the Old Kingdom, e.g. 6th Dynasty vizier Merefnebef.

From 1982 to 2015 Karol Myśliwiec has been director of the Institute of Mediterranean Archaeology (since 2010 renamed to Institute of Mediterranean and Oriental Cultures) at the Polish Academy of Sciences, professor of Egyptian archaeology at the Jagiellonian University as well as University of Warsaw, where he was in charge of the Department of Egyptian Archaeology between 1990-2003. Karol Mysliwiec’s bibliography encompasses over 300 works, including 15 books. In 2011 Prime Minister awarded him for his outstanding scientific achievements and in 2012 President of Poland decorated him with the Commandor’s Cross of the Order “Polonia Restituta”.

Tomasz Waliszewski is the Director of the Polish Centre of Mediterranean Archaeology of the University of Warsaw and researcher and lecturer at the Institute of Archaeology. He received his habilitation and his PhD from the University of Warsaw in the field of Near Eastern archaeology and is an active field archaeologist who has worked in Egypt, Jordan, Syria and Lebanon, including nineteen seasons as the director of missions at the sites of Chhim and Jiyeh (ancient Porphyreon) in Lebanon. He has also co-directed conservation and archaeological projects at the Byzantine basilica at Tell Amarna in Syria and the medieval church at Kaftun in Lebanon. His main fields of research include architecture and decoration of churches in Byzantine and medieval Near East and domestic architecture with special emphasis on rural settlements and their social and economic aspects including farming technology and oleoculture. He was a Dumbarton Oaks Fellow in Byzantine Studies (Harvard University, Washington) and Fulbright Fellow at Brown University and is currently an associated member of UMR 8167 Orient et Méditerranée (CNRS-Université Paris 1 Panthéon Sorbonne). 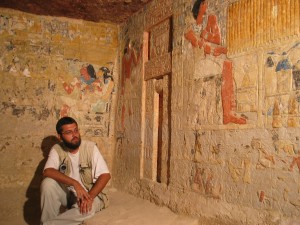 Kamil Kuraszkiewicz is an archaeologist and Egyptologist at the Egyptology Section, Faculty of Oriental Studies, University of Warsaw and also the head of the Department of African Languages and Cultures (FOS UW) . He received his PhD and habilitation from the University of Warsaw, and until 2014 his professional career was linked to the Institute of Archaeology UW. His interests focus on the culture of Egypt in the 3rd millennium BC, with emphasis on the administration and bureaucracy, but also on funerary architecture and royal ideology. Since almost 20 years he has worked at the Saqqara necropolis, excavating and studying a cemetery of palace officials dating from the 6th Dynasty.