The Jaroslav Černý Library is the library of the Czech Institute of Egyptology, founded in the year 1925. Its foundation and long-term development in terms of the Egyptological Seminar of the Faculty of Arts, Charles University, was above all the work of František Lexa. The books were at that time acquired from various sources, and it is possible that Lexa himself acquired some of the older prints for the library at that time.

The library was significantly enlarged by the transfer of the private Egyptological library of Jaroslav Černý after his death in the year 1971. The library’s collections were thus enriched by numerous important and at that time already unavailable publications. Černý had been building his library systematically over many years, and thanks to his wide contacts with the Egyptological circles, he acquired in exchange for his own publications or quid pro quo a number of valuable titles as well as a wide range of offprints. In the course of the following years, the library was enriched by books from the estates of other individuals connected with Czech Egyptology, for example from the library of Ludmila Matiegková, Lexa’s pupil.

Exchange – for the publications of the institute – remained important also in the subsequent two decades. The rising volume of the Institute’s own production as well as the increased funding in the last 15 years opened up new possibilities and the library has been growing by 300 to 350 volumes a year. Besides purchase, a number of titles are still acquired by exchange and gifts. 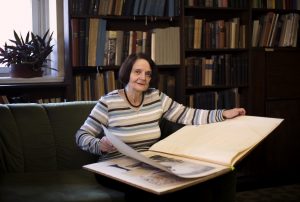 The library not only collects the newest Egyptological publications and keeps up with the highest specialist standards, but it also houses rare prints, old traveloques, period guides and picture books. The Jaroslav Černý Library takes care about these often artistically very valuable publications, restores them, and is currently restoring selected volumes in cooperation with the National Library of the Czech Republic.

The library’s collections currently contain over 900 monographs, over 5000 offprints and about 2500 volumes of periodicals. The library offers direct exchange of Egyptological monographs published by the Charles University with various libraries, institutions and private individuals (currently we have about 170 contacts). In terms of its scope, the library represents one of the most extensive Egyptological libraries in Europe and the only one of its kind in the Czech Republic. 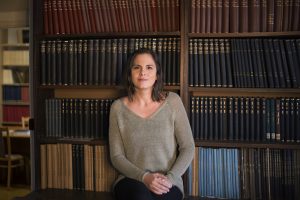