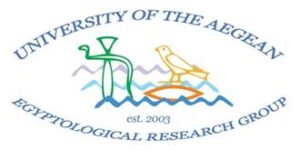 The Department of Mediterranean Studies – University of the Aegean

The mission of the DMS, as it is generally stated in the Presidential Decree 316 (Gazette Issue 223, 4/11/97) is “to develop and promote the knowledge about the language, ancient and modern history, ancient civilisation, economic and political structures of the Mediterranean countries, with particular emphasis on the south and south-eastern part of the Mediterranean area”. The study, teaching and research of these issues, which was attempted for the first time in an academic department of Greece, have given a unique and innovative character to the DMS. In the beginning of the fifth semester of study all students are required to choose one of the following three scientific divisions: 1. Archaeology, 2. Linguistics of the South-Eastern Mediterranean Area and 3. International Relations and Organizations. The Department has six Laboratories: Laboratory of Archaeometry, Laboratory of Mediterranean Politics, Laboratory of Informatics, Laboratory of Linguistics, Laboratory of Environmental Archeology, Laboratory for the Ancient World of the East Mediterranean.

The DMS conducts innovative research in all the sub-fields it specializes in, so as to offer high-quality studies to its students. Moreover, the studies offered by the DMS have a modern, dynamic and competitive character. Students are encouraged to marginalize mediocrity and to develop their critical skills, in order to be able to achieve the “optimal” outputs. DMS seeks to foster a spirit of modern tendencies and pioneering studies, focusing on training activities and expanding scientific horizons, challenging punditry and searching for empirically tested points of view. In today’s globalized world, the DMS aims at educating scientific personnel that will manage to effectively deal with the rapidly expanding and changing technological environment. The modern educational demands call for interdisciplinary and insightful executives who will contribute to Mediterranean region development, especially in the fields of international economics, politics and diplomacy, languages, literature and the civilization of the South-Eastern Mediterranean region, as well as to the communication among different cultures.

Aegean Egyptology (AE) is the official Egyptological Research Group of the Department of Mediterranean Studies of the University of the Aegean. It started its mission in 2003 with the establishment of the first Εgyptological position in Greek academia. Since then, AE has been rapidly expanded to include an active team of researchers and esteemed colleagues from Greek and foreign Universities and Institutions.

AE aims at the promotion of Egyptology in Greece through the elaboration and implementation of pioneered international and interdisciplinary research projects, the organization of international scientific colloquia, conferences and specialized seminars and workshops (predominantly among them the Tenth International Congress of Egyptologists in 2008), the development of specialized Εgyptological courses in undergraduate and postgraduate levels, e-learning programmes and summer schools. Moreover, ΑΕ inaugurated the first M.A. Programme in Eastern Mediterranean Archaeology in Greek academia, entitled Archaeology of the Eastern Mediterranean from the Prehistoric Era to Late Antiquity: Greece, Egypt, Near East (2014 onwards) and the Laboratory for the Ancient World of the Eastern Mediterranean (2015 onwards).