Electra Apostola completed her doctoral dissertation in Egyptology at the Department of Mediterranean Studies at the University of the Aegean in 2016. Since then she has been teaching the following undergraduate courses: Egypt and the Eastern Mediterranean in the Early Iron Age, Egyptian Art, Near Eastern Archaeology, Relations between peoples of the Mediterranean in the Bronze Age. She is currently participating as a research fellow in the AEgySca Project: Aegyptiaca as indicators of religious and cultural interaction in the Southeastern Mediterranean: The multiple implications of Egyptian and Egyptianizing scarabs in the Aegean (8th-6th century BC). Since 2014 she has been participating as a coordinator in the Aegyptiaca Project (AeP): Ecumene and Economy on the Horizon of Religion (University of the Aegean-University of Bonn). Her research interests and her publications focus on cultural interconnections in the Near East and the Eastern Mediterranean during the LBA and the Iron Age, Egyptian and Egyptianizing artifacts in Archaic Greece, modes of adaptation and transformation of Egyptian religious motifs and ideas in the Mediterranean. 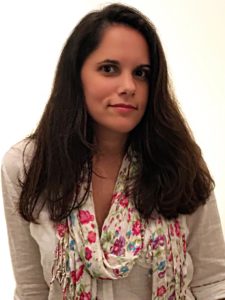 Anna Kalaitzaki received her BA in Archaeology at the University of the Aegean, and her MA in Archaeology of the Eastern Mediterranean from the same University. She is currently doing her PhD on the introduction of foreign deities into the Egyptian pantheon in the Late Bronze Age. This research work is supported by the Hellenic Foundation for Research and Innovation (HFRI) and the General Secretariat for Research and Technology (GSRT), under the HFRI PhD fellowship Grant (G.A. no. 65). She participated and was a member of the organizing committee in several workshops and conferences (e.g. The Aegyptiaca Project Symposium, the 3rd National Student Archaeology Congress and Mare Nostrum VI). She has participated as trainee in various archaeological and research projects (e.g., Kimisala, Antikythera, Sarakenos Project-Boetia, Laboratory of Archeometry-University of the Aegean). 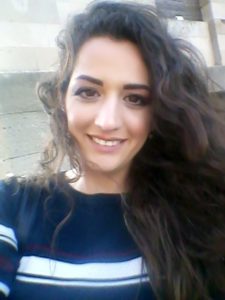 Christos Kekes studied Archaeology and History of Art at the University of Crete. From the same university he received his M.A. in Prehistoric Archaeology. He is currently a PhD candidate at the Department of Mediterranean Studies, University of the Aegean. The title of his PhD thesis is «Speaking bodies: An approach to the Egyptian and Aegean ritual gestures during the Bronze Age». This research work is supported by the Hellenic Foundation for Research and Innovation (HFRI) and the General Secretariat for Research and Technology (GSRT), under the HFRI PhD fellowship Grant (G.A. no. 867). His research interests include the relations between Egypt, the Aegean and the Near East in the Bronze Age, the archaeology of bodily communication and the practice of damnatio memoriae in ancient Egypt. He has participated in several archaeological projects in Greece. 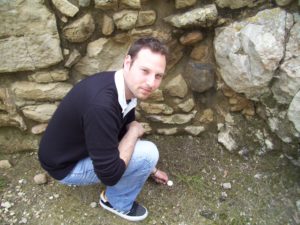