Sergio Alarcón Robledo studied architecture at the Universidad Politécnica de Madrid, and an MPhil in Egyptology at the University of Cambridge. His main area of interest is ancient Egyptian architecture, with a particular focus on Bronze Age temple and funerary structures. He is currently working on his PhD at the Cotsen Institute of Archaeology in UCLA, researching Early Dynastic architectural practice. Since 2011, he has taken part in several archaeological projects in Egypt, and has worked with materials ranging from the Old Kingdom to the Ptolemaic period. In 2016 he joined the Middle Kingdom Theban Project –Universidad de Alcalá de Henares–, for which he supervises the archaeological works undertaken at the tomb of Dagi (TT 103).

Marta Arranz holds a BA degree in History from the Complutense University of Madrid, and a Master in Archaeology and Heritage from the Autónoma University of Madrid. Currently, she is a PhD candidate in Egyptology, working on the iconography and identity of the snake goddesses in ancient Egypt. She had collaborated with several archaeological missions, and has also taken part as a member in the Middle Kingdom Theban Project (Luxor). Nowadays, she is working at the University of Alcalá, where she combines her research activities with her management and research duties for the MKTP. She is mainly interested on private religion, personal piety, and more particularly the nature, significance, and iconography of the cobra goddess.

Patricia Mora Riudavets holds a BA degree in History from the University of Barcelona and a MA in Egyptology from the University of Liverpool, with a dissertation entitled “Women that clap their hands in the Old Kingdom”. She has recently initiated her PhD research with an Egyptological thesis dealing with the topic of dance, sportive, and fighting scenes in the Old and Middle Kingdoms, as well as textual references associated with these scenes and their social, religious, and cultural meaning. Since 2005 she works as an archaeological photographer in Egypt. She has contributed in the Montuemhat Project (Luxor), the Dayr al- Barsha Project (Minia), and is currently working as the field photographer for the Middle Kingdom Theban Project (Luxor), the Qubbet el-Hawa Project (Aswan), and the Swiss Institute Mission working in Elephantine Island (Aswan). 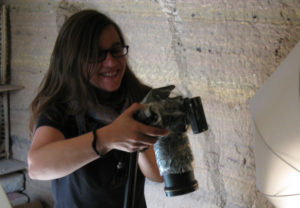 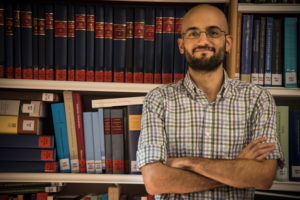 Jónatan Ortiz García holds a BA in History, a MA in Cultural Heritage (Classical Archaeology), and a PhD in Cultural Heritage (Egyptology) from the University of Valencia. While working on his dissertation about ancient Egyptian painted shrouds, he was “Atracció de Talent” (VLC/Campus) predoctoral fellow at the department of Ancient History and Written Culture of the University of Valencia. His main research areas have been religious cloths and clothing, funerary beliefs and practices, as well as religious interactions in ancient Egypt. His archaeological fieldwork experience extends from Bronze Age to Roman times excavations in Spain and Egypt. He has been awarded a Juan de la Cierva postdoctoral fellowship which will be held at the University of Alcalá, where his research will deal with Digital Ancient History. 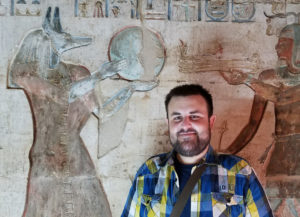 Raúl Sánchez Casado holds a BA degree in History from the University of Granada (Spain) since 2011 and obtained his MA in Sciences of the Antiquity and the Middle Ages from the same University in 2012. Since 2014 he is conducting research for his dissertation, whose main theme is the figure of the ka-servant and his functions during the Old Kingdom. His dissertation is conducted under the supervision of Prof. Dr. José Miguel Serrano Delgado (University of Seville), and Dr. Antonio J. Morales (University of Alcalá). He is also a member of the Middle Kingdom Theban Project, the University of Alcalá Egyptological mission to Deir el-Bahari. His main research interest is the Egyptian religion, particularly the funerary sphere, focusing on the nature of priesthood, ritual, and cultic practices. 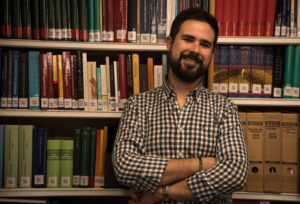