José Manuel Galán is Research Professor of Egyptology in the Department of Near Eastern and Mediterranean Languages and Cultures at the Consejo Nacional de Investigaciones Científicas (CSIC, Madrid). He received his PhD in Egyptology from John Hopkins University (Baltimore) under the direction of Hans Goedicke. He is the director of the Djehuty Project and the archaeological mission of the CSIC at Dra Abu el-Naga. He has published several monographs: En busca de Djehuty (Madrid 2006); Four Journeys in Ancient Egyptian Literature (Göttingen 2005); El imperio egipcio (Barcelona 2002); and Victory and Border (Hildesheim 1995); and is the author of numerous articles on peer-reviewed journals, magazines, and contributions to books. 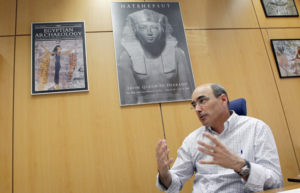 Alejandro Jiménez is Assoc. Professor of Egyptian Archaeology in the Department of Anthropology, Geography and History at the University of Jaén (UJA). He studied at Jaén and University College London (UCL). He is the director of the Qubbet el-Hawa Project and the UJA archaeological mission to Qubbet el-Hawa in Aswan. His main research interests are the origins of writing, the relations of Egypt and Nubia, and the Middle Kingdom archaeology. He has published several monographs: Royal Festivals in the Late Predynastic and the First Dynasty (Oxford 2002); La Piedra de Palermo (Madrid 2004); Los primeros reyes (Madrid 2007); Historia de Egipto de Manetón (Madrid 2008); and From the Delta to the Cataract (co-edited with C. von Pilgrim: Boston-Leiden 2015). In addition, he has authored multiple papers on Middle Kingdom history and archaeology, the origins of Egyptian writing, and Predynastic socio-political issues. 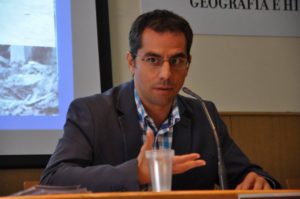 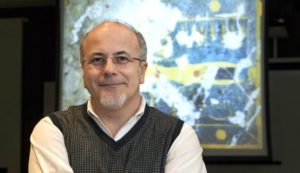 Antonio Morales is Assistant Professor of Egyptology in the Seminar of Ancient History at the University of Alcalá (UAH). Previously, he occupied positions as lecturer and research assistant in the Institute of Egyptology at Freie Universität Berlin, postdoctoral researcher at Heidelberg Universität and assistant in the Department of Egypt and Sudan in the British Museum. He obtained his PhD in Egyptology at the University of Pennsylvania (Philadelphia, 2013). Antonio has participated in several expeditions to Abydos, Saqqara, El-Amra, Thebes, and Aswan, and is the head of the Middle Kingdom Theban Project and the UAH archaeological mission to Deir el-Bahari. He has published articles in peer-reviewed journals, magazines, and contributions to books, as well as co-edited a monograph on the production, use, and meaning of beer in the ancient world (Seville 2001) and a volume on kingship in ancient Egypt and Mesopotamia (Philadelphia 2011). Recently, he has published a monograph on the Pyramid Texts of Nut (Hamburg 2017), and is currently editing a volume on religious literature to be published in 2019. 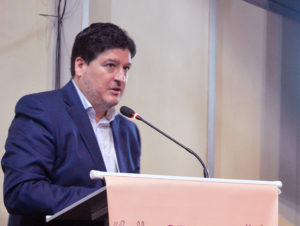 Juan Carlos Moreno García (PhD in Egyptology, 1995) is a CNRS senior researcher at the University of Paris IV-Sorbonne, as well as lecturer on social and economic history of ancient Egypt at the École des Hautes Études en Sciences Sociales (EHESS) in Paris. He has published extensively on the administration, socio-economic history, and landscape organization of ancient Egypt, usually in a comparative perspective with other civilizations of the ancient world, and has organized several conferences on these topics. Recent publications include Dynamics of Production in the Ancient Near East, 1300-500 BC (Oxford 2016); L’Égypte des pharaons. De Narmer à Dioclétien (3150 av. J.-C.-284 apr. J.-C.) (Paris 2016); and Ancient Egyptian Administration (Boston-Leiden 2013). He is also chief editor of The Journal of Egyptian History (Brill), area editor (“Economy”) of the UCLA Encyclopedia of Egyptology, and series co-editor of Ancient Egypt in Context (Cambridge University Press).

Joan Oller is a lecturer in the Department of Ancient and Medieval Sciences at the Autonomous University of Barcelona (UAB). He specializes on historical and territorial analysis of several areas in Roman times, including Laietania and La Cerdanya in the region of Catalonia. He is also interested on the territorial organization of Egypt in Roman times. He has participated in the Berenike Project and the Eastern Desert Survey, and is currently the Director of Sikait Project. This project continues with previous works in the area by the “Wadi Gemal Project”, developed by S.E. Sidebotham, Professor at Delaware University, and counts with the collaboration of the Polish Centre of Mediterranean Archaeology.

José Ramón Pérez-Accino Picatoste is Lecturer in Egyptology at the Department of Prehistory, Ancient History and Archaeology in the Complutense University of Madrid (UCM). He studied in Madrid and University College London (UCL). Since 2017 he is the director of the C2 Project, Royal Cache Wadi Survey in Luxor. His main research interest is the understanding of the Egyptian thought through its literary texts and, in particular, in the conception of space as a structural element of written expression in the Egyptian language and its link with landscape archaeology. Among his most recent works one can mention “The framework of the meeting narrative uses of stelae in Egyptian literary texts”, Trabajos de Egiptología – Papers on Ancient Egypt 8 (2017), 291-300; and “Who is the sage talking about? Neferty and the Egyptian sense of history”, in Kousoulis, P. and N. Lazaridis (eds), Proceedings of the Tenth International Congress of Egyptologists: University of the Aegean, Rhodes. 22-29 May 2008 2, Leuven, 2015, 1495-1502. 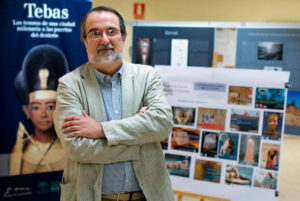 María del Carmen Pérez Die (PhD in Ancient History, 1990) is Head Curator of the Department of Egyptian and Near Eastern Antiquities at the Archaeological National Museum in Madrid (MAN). She has served as Museum director between 1991 and 1997, and is member of several committees and associations such as the International Association pour l’Egyptologie Committee, the Spanish Association of Egyptology, and the Spanish Committee for the Rescue of Tyre. She has received several awards, including the National Prize of the Spanish Geographical Society, the Medal of the Order of Isabel, and the Gold Medal of the Supreme Council of Antiquities of Egypt. She has published several monographs, including the most recent Heracléopolis Magna. La necrópolis “real” del Tercer Periodo Intermedio y su reutilización (Madrid 2018), and multiple articles in peer-reviewed journals, magazines, and contributions to books. She is the head of the archaeological mission of MAN to Herakleopolis Magna.