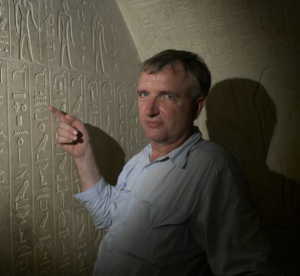 Jana Mynářová is an Associate Professor of Egyptology at the Czech Institute of Egyptology. Being both an Assyriologist and Egyptologist she is interested in various aspects of the relations between Egypt and the Ancient Near East in the 2nd millennium BC, with special attention given to documents in Peripheral Akkadian from the Late Bronze Age. Her research focuses predominantly on cuneiform texts from the Late Bronze Age, scribal education and transmission of knowledge, diplomacy and law in the 2nd millennium, and the Egyptian foreign policy in the New Kingdom. She is the author and co-author of several books and studies on the topic (Language of Amarna – Language of Diplomacy, Prague 2007). Presently, she carries a research project devoted to the study of Amarna cuneiform palaeography. She is the main organizer of the Crossroads conferences (Prague 2010, 2014), devoted to interrelations in the Eastern Mediterranean in antiquity. 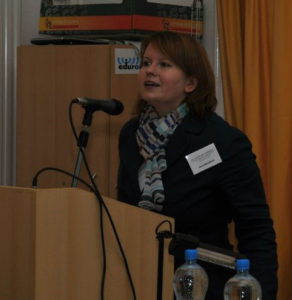 Filip Coppens is an archaeologist and Egyptologist, with an interest in all aspects of the history, culture, languages and religion of Egypt during the Ptolemaic and Roman period. His main focus is on all facets of the traditional Egyptian temples of Ptolemaic and Roman times and the Ptolemaic script. He is one of the organisers of the Abusir and Saqqara conferences, held once every five years in Prague. He has taken part in archaeological and epigraphic research in Egypt since 1995. He teaches ancient Egyptian languages (Middle and New Egyptian, Ptolemaic), and history and archaeology of Ptolemaic and Roman Egypt at the Faculty of Arts of the Charles University. 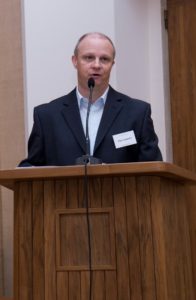 Hana Vymazalová graduated in Egyptology and Logic at the Faculty of Arts, Charles University in Prague, acquired her PhD in Egyptology in 2005 and since 2016 is an Associate Professor of Egyptology. She specializes on the economy of the Old Kingdom royal funerary complexes. She also studies ancient Egyptian science, especially mathematics and medicine of the ancient Egyptians. She participates in the international project of the Old Hieratic Palaeography (in cooperation with Institut français d’archéologie orientale du Caire). Since 2006 she participates in the Czech archaeological excavation in Abusir and since 2015 she is a member of the Egyptian mission in south Saqqara. In addition to that, she gives lectures for students of Egyptology. She is member of The International Association of Egyptologists (IAE). 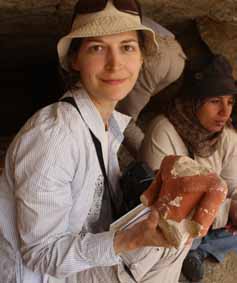