She holds a double degree in Classical Literature and Archaeology & Art History as well as a MA degree in Egyptology. The topic of her master dissertation was: “The hieroglyphic inscriptions of the site of Jbeil (ancient Byblos) in Lebanon”. Her PhD is a thematic extension of her MA research activities, focusing on Egyptian and Egyptianizing items found in Jbeil from the Early Dynastic period to the time of Alexander the Great’s conquest. The study and analysis of the remains of this city allows her to focus on the nature of the contacts between Egypt and Levant during millennia and their different modalities (economic, social, cultural, religious, funerary, etc.) In 2019 she obtained a mobility grant from the Université Paul-Valéry Montpellier 3 in order to continue her ongoing research in Lebanon. 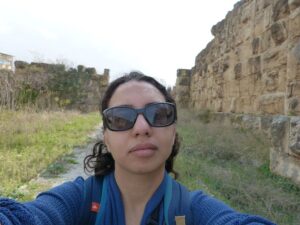 Linda Chapon holds a degree in History and a Master in archaeology and in Physical and Forensic Anthropology from the University of Granada (Spain). She carried out her doctoral training specializing in Egyptology at the Institut für Ägyptologie (IANES) of the University of Tübingen (Germany). She got her PhD in History and Arts from the University of Granada (Spain) in 2018 focused on the study and interpretation of the sandstone reliefs fragments belonging to the temple Henket-ankh of Thutmosis III (Luxor). After that, she obtained a DAAD Short-Term Grant at the Institut für Ägyptologie (IANES) and recently a Marie Curie Individual Fellowship at the Université Paul-Valéry Montpellier 3. As for archaeological activities, she has been a member of the projects of the Temple of Millions of Years of Thutmosis III (Luxor), the Qubbet el-Hawa Project (Aswan), the Taposiris Magna Project and The Colossi of Memnon and Amenhotep III Temple Conservation Project.  Her main research interests are decorative programs of New Kingdom temples, bioarchaeology and burial practices in Ancient Egypt. 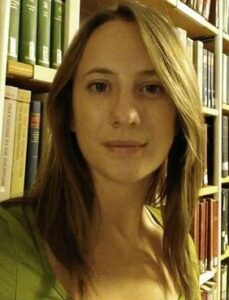 She completed her doctoral dissertation in Egyptology entitled “Cultual Organisation and Religious Topography of the 9th Upper-Egyptian Province (Akhmîm), from the Old Kingdom to the Roman Period” at Université Paul-Valéry Montpellier 3 in 2017. Between 2015 and 2018, she obtained a DAAD short-term grant to study at the IANES institute in Tübingen (Germany) as well as pre- and post-doctoral fellowships from the IFAO (Cairo). She then was a postdoctoral fellow within the Labex Hastec in Paris (France) and is currently a teaching assistant in Egyptology (ATER) at the École Pratique des Hautes Études in Paris (France). Her postdoc project deals with the prosopography of the priests of Akhmîm from the Late Period to the Roman Period. Beyond Akhmîm, her interests lie in digital humanities as well as the study of material culture, the practical aspects of religion and ptolemaic and demotic studies. She also excavated in numerous places in Egypt and abroad, was a Karnak project online database intern with the CFEETK (Luxor, Egypt) and is now part of the Kom Ombo Temple Mission (IFAO/Cologne and Ayn Shams Universities) and Athribis Ostraca Project (IFAO/EPHE/Tübingen University). 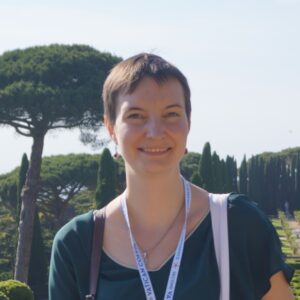 She holds a BA and MA degrees in History and Ancient Civilizations at the Université Paul-Valéry Montpellier 3. Her doctoral dissertation, defended in December 2020, was entitled: The “Children of kȝp during the Middle and New Kingdoms” and was financed by the Labex Archimede (Montpellier). Currently she holds a postdoctoral contract at the same university. Her main research areas are ancient Egyptian administration and prosopography. During her PhD studies she was predoctoral fellow at the Institut Francais d’Archéologie Orientale (IFAO) in Cairo and has also effectuated a research stay in the British Museum and Petrie Museum. She has also participated as a member of the Russian Academy of Science in different archaeological activities at Kom Tuman (Egypt). 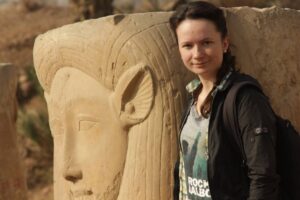 Archaeologist and Historian (MA Degree – Ancient Worlds, 2018), PhD Candidate in Egyptology (Université Paul Valéry – Montpellier 3) and in Aegean Protohistory (Université catholique de Louvain, Belgium) since 2019, Louis Dautais is working on a PhD dissertation entitled “Egypt and the Aegean world (17th-12th c. BCE): A Global and Diachronic Approach to their Interactions” (Doctoral Research Fellowship MESRI-ResEFE with IFAO). Combining the study of texts and images with the archaeological remains, he is interested in the polymorphic intercultural exchanges between Egypt and the Aegean world in the New Kingdom and, more generally, in the mechanisms of interactions between the civilisations of the Eastern Mediterranean during the Late Bronze Age. Since 2016, he has taken part in different field projects located on the eastern edges of the Mediterranean Sea, including the Minoan palace of Sissi (Crete, Greece), the Pharaonic town of Plinthine (Mareotis area, Egypt) and the Canaanite City-State of Keilah (Cisjordan, Levant). 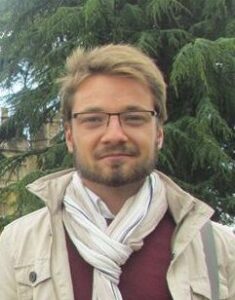 Noémie Fathy studied History and Ancient Civilizations at the Université Paul-Valéry Montpellier 3, where she obtained her MA degree in 2021. The topic of her master research was “The high priests of Amun at Karnak in the XVIIIth dynasty”. Nowadays, she writes her PhD dissertation in Egyptology at the same university, where she earned recently a LAbEx fellowship. Her main research interests are Egyptian society and administration, focusing on the priestly elites during the New Kingdom.

Abraham I. Fernández Pichel holds a BA degree in History at the Universidad de Sevilla (Spain) and studied Egyptology and a MA degree at the Université Lyon II – Louis Lumière (France). He completed his PhD in Egyptology at the Karls Eberhard Universität Tübingen (Germany) in 2017. While working on his dissertation, he was an IFAO, DAAD and Brooklyn Museum (New York) predoctoral fellow. His main areas of interest are temple inscriptions of the Graeco-Roman period and late Egyptian religion, focusing mainly on Ptolemaic religious texts from Esna temple and Karnak. He was a research member at the Centre Franco-Egyptian d’études des temples de Karnak (CFEETK, Luxor, Egypt) for two years. He contributed to the Karnak Projet online database with epigraphical material mainly from Ptolemaic monuments in Karnak. In 2019 he was awarded with a position as permanent postdoctoral researcher at Centro de História at the Universidade de Lisboa (Portugal).

Mallaury Guigner holds a MA degree in Egyptology from the Université Paul-Valéry Montpellier 3. The topic of her dissertation was “Physicians and their functions in Ancient Egyptian Documentation”. She is currently a PhD candidate at the same university, dealing with the topic of the body of the king and the reorganization of the pharaonic administration during the 5th Dynasty (about 2500-2350 BC). She obtained a PhD fellowship at the LabEx Archimède. She participates also as a volunteer member in different tasks in management processing in the journal ENiM. 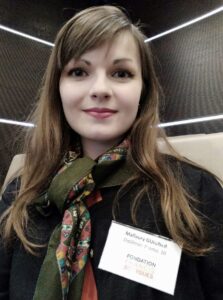 She obtained a BA degree in Archaeology and a MA degree in Egyptology at the Université Paul Valéry – Montpellier. His MA research topic focused on Malqatta palace and his artefacts, with a particular interest in the manifestation of royal power during New Kingdom. Currently she works on her PhD dissertation on sed‑festivals, particularly those of the king Amenhotep III. In 2021 she has been awarded with a IFAO fellowship to conduct her research on this topic. For over two years, she is involved in Sebayt association for the promotion of Egyptology in Montpellier. 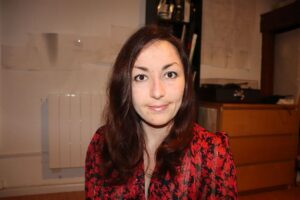 She is a researcher at the Université Paul Valéry Montpellier 3 (France) and Università degli Studi di Torino (Italy), where she completed her PhD in December 2017. Her dissertation dealt with the treatment of prisoners of war in Ancient Egypt during the New Kingdom. She holds a BA and a MA degree in Egyptian Archaeology from the Università degli Studi di Torino. Her research interests are mostly focused on the New Kingdom and include war, social organization, and the condition of foreigners in Ancient Egypt. She took part in archaeological excavations in Italy such as the Etruscan sites of Tarquinia and Rofalco and the Greco-Roman site of Tindari, and in Egypt on the Nelson Island, Abukir. 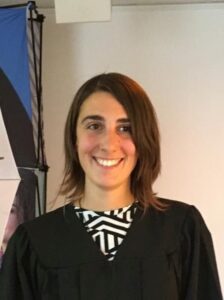