The archaeological traditions of the Jagiellonian University date back to the academic year 1863/64, when Józef Łepkowski (the future rector of the JU) delivered a series of lectures about archaeology and its place among historical disciplines.
This contributed to the establishment of a provisional Chair in archaeology in 1866 and a permanent one in 1874. These events are considered as the beginning of archaeology as an academic discipline in Poland.

Since the very foundation of the Chair in Classical Archaeology in 1897, genuine historical items have played a central role in the research and educational activities of Kraków archaeologists.
The collection of genuine ancient items from the Mediterranean region was supplemented with numerous plaster casts of the most important works of classical art. At the moment, the collection consists of about 700 authentic items and more than 100 plaster casts.

In terms of quantity, the largest group of relics come from the Graeco-Roman civilization (including Greece, Italy, Cyprus, Asia Minor, North Africa, and the coast of Black Sea), ranging from the Bronze Age to late antiquity. The ancient Middle East is mainly represented by Egyptian items: a sarcophagus with a mummy, ushabti figurines, small artefacts, stone vessels, amulets, scarabs, and fragments of Coptic textiles, whereas Mesopotamian civilization is represented by a single relic, an Acadian cylinder seal.

Three different anniversaries of events important for Kraków archaeology were celebrated in 2014. Firstly, this year saw the 160th anniversary of the foundation of the Archaeological Studio, from which the current JU Institute of Archaeology developed. The second jubilee is related to the beginning of Mediterranean archaeology in Kraków: It was 100 years ago that the archaeologists from Kraków conducted their first excavations in Egypt, which marked the start of Polish archaeological research in the Mediterranean region and the Middle East. At the same time the Jagiellonian University celebrated its 650th anniversary in the very same year.

More details about us you can find: http://www.archeo.uj.edu.pl/en_…/instytut/historia-instytutu

“The ancient art collection belonging to the Princes Czartoryski Foundation constitutes a set of various objects originating from Mediterranean cultures. According to the assumptions of the collection creator – Prince Władysław Czartoryski, the exhibits represent a broad spectrum of handicrafts allowing to deepen the knowledge about ancient art and enjoy the beauty of the objects themselves.
Located on the first floor of the former city Arsenal this gallery unites showpieces from the collections of the Czartoryskis, the National Museum in Krakow and a deposits from the Potocki family of Krzeszowice. It explores the culture and art of great ancient civilisations, chiefly Egypt, Greece, Etruria and Rome. ”

The Institute of Archaeology trains students to become Mediterranean archaeologists with special attention to Egypt and the Near East. Apart from lectures and seminars on history, history of art and archaeology students are obliged to take part in archaeological fieldworks. Three independent missions which work at Egyptian and Egypt-related sites are affiliated to the Institute – they form an excellent training background for students. 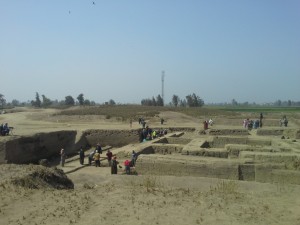 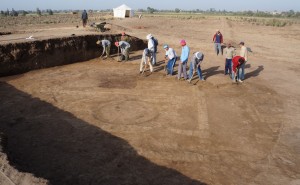 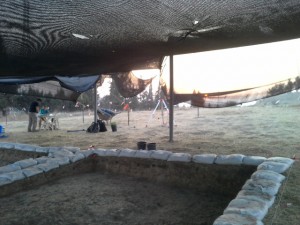