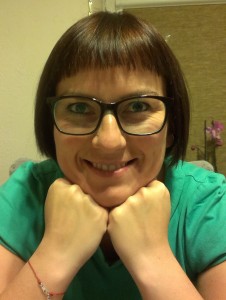 Karolina is a PhD candidate at the Faculty of History, Jagiellonian University in Krakow. In her field of study she is mainly dealing with early examples of architecture, both vulnerable and long lasting, built during the formative stage of the Egyptian state.

Since 2008 she has been involved in the research of the Polish Archaeological Expedition to the Eastern Nile Delta conducted at Tell el-Farkha (the Western Kom). Karolina is a field manager for the Tel Erani, Israel expedition and from 2011 an architect in the Paphos Agora Project – Jagiellonian University research on Cyprus.

Karolina is an archaeologist and architect who tries to combine her both specializations. She conducts virtual reconstructions of architectural finds and 3D models of structures and small objects. Joanna is an assistant professor in the Department of Egyptian and Near Eastern archaeology, Jagiellonian University in Krakow. In 2007 she defended her PhD thesis, which – after revisions and updates – was published later in 2013 as “Early burial customs in Northern Egypt” by Archaeopress in Oxford.

From 2001 she is afield manager at the cemetery of Tell el-Farkha and from 2013 co-director of the Tel Erani, Israel expedition.

Her research interest focuses on early Egyptian burial practices and early brick architecture in the Near East.

Julia is a PhD candidate at Antiquity of Southeastern Europe Research Centre, University of Warsaw. Her research aims are to analyize spatial distribution of archaeological remains in socio-topographical context both in the site and the in region.

She is field director in Gebelein Survey Project, where she collects and manages spatial data with the use of mobile GIS. Also she took part in projects headed in Peru, Romania, Czech Republic, Ukraine, Poland.

Her research interest focuses on the use of GIS and remote sensing in archaeology  (in which she has a Master’s degree) and the conservation of the archaeological heritage with the use of digitalisation techniques.